Cronin and Greer bring Citroën marque to the BRC

Three-time MSA British Rally Champion Keith Cronin and fellow Irishman Jonny Greer are set to tackle the full BRC season in a brace of Citroën DS3 R5s. The Pirelli-shod machines are to be prepared by the well known DGM organisation.

The Parisian firms arrival into the championship completes the full set of current R5 cars in production as the DS3 will go up against the Ford Fiesta, Peugeot 208 T16, Skoda Fabia as well as S2000 cars from Proton, Ford and Skoda in the revitalised British series.

Cronin and Greer are no strangers to the BRC, with Greer competing at the sharp end in a variety of cars since 2009 while Cronin is a three-time British Rally Champion having taken the spoils in 2009, 2010 and 2012.

Keith Cronin was pleased to be back in the series after a few years away, and commented “We already had the car, and with the regulations allowing the R5 cars to be the top class, this enabled us to keep the costs down and do both the British series and the Irish championship,” explained Cronin.

“For us, it is all about seat time as I’ve only done a few gravel rallies in the last couple of years, so I may be a bit rusty. Elfyn [Evans] is possibly the benchmark, but we hope to be with him before too long. It’s good to be back in the series and we want to have a good go at it again.”

Stablemate Jonny Greer has been a familiar name on British and Irish events in the DS3 over the past few years and is happy to be a part of the new-look BRC.

“The whole package just worked for us. To be able to bring the Citroën to the party is great and the big draw and to go up against some incredible competition. The rallies are fantastic and there will be some intense battles throughout the field,” enthused Greer.

“Having Keith as part of the set-up is incredible – his pedigree and speed are unquestionable and we are happy to have him in the DGM fold.

“We are both going to give it our best shot, enjoy it and do the best we can. The buzz around the series is fantastic. I cannot remember it being this big and exciting. We can’t wait for the first round!” 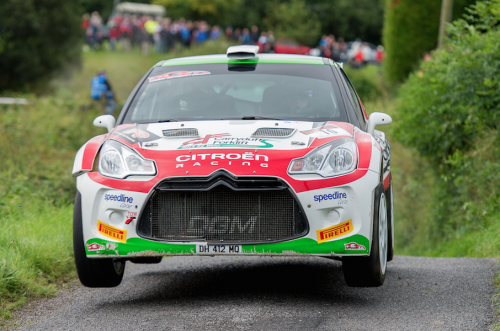