Creighton, a member of the Motorsport Ireland Rally Academy is fresh from a positive start to his World Championship campaign, securing fifth place at last month’s Croatia Rally and will now set his sights on the Junior BRC title in addition to his WRC aspirations.

The 23-year-old from Moira in Co. Down has been a two-time runner up to the Junior BRC title in the past, narrowly missing out on the coveted title in both 2017 and 2019. Last year’s campaign got off to the best possible start by winning the Cambrian Rally in Wales, before the pandemic halted the series.

Now, Creighton and co-driver Liam Regan will return to the UK to do battle with an impressive list of Juniors all eager to scoop top spot in the championship.

“We have come painfully close to the Junior Championship title both times now and its fantastic to get another shot” says Creighton.

“We had a lot of thinking time available to us during the off-season and of course, being able to launch a campaign in the Junior World Rally Championship is a real honour. But we also realise that coming back to the BRC in 2021 will help my career progression in more ways than one”.

This year’s Junior BRC will see over 10 eager pilots fight for the title in Rally4 machinery and Creighton’s Croatian outing offered a re-evaluation of his plans this season.

“I was really happy with the finish in Croatia and of course points on the board are really important, but I`m also well aware there is work to be done and the BRC calendar fits right in as far as getting match fit is concerned.”

“We all know seat-time is invaluable so it will be a really important facet to my WRC season to get that in the Fiesta, but you know I need to get this BRC monkey off my back don’t I? Two-time runner up really doesn’t sound as good as it could, and I genuinely want to be a BRC title holder.”

“Looking at the entries this year, it’s going to be ultra-competitive and that’s perfect for me. I want to be pushed and having events that are pretty much new to most of us ensures a pretty level playing field. It can only help to up my game and hopefully make me stronger when we head to the next WRC round. It’s going to be a busy season but I`m relishing the challenge.”

The opening round of the British Rally Championship takes place at the end of the month at Oulton Park Race Circuit in Cheshire. 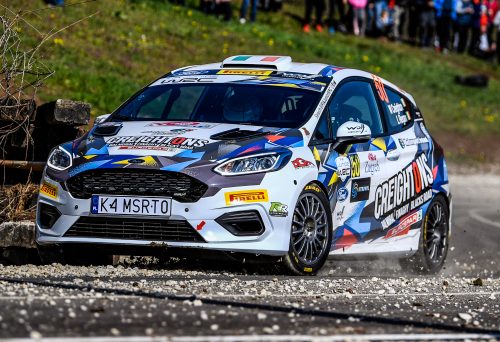