Creighton, 22 from Moira in Co. Down had remained loyal to the Peugeot Sport brand for five years after acquiring a 208 R2 in 2015, using the French machine to win the Irish Tarmac Rally Championship, the FIA Celtic Trophy and Valvoline Motorsport Ireland National Forest Rally Championship class titles as well as becoming Junior BRC runner up in 2017 and 2019.

Creighton and regular co-driver Liam Regan will return to the six-round championship behind the wheel of a Ford Fiesta as the series switches to a single make formula for 2020, supported by M-Sport and Pirelli.

Creighton’s competitive career began on the racetrack, contesting the Ulster Kart Championship to become the champion in 2012. A shift to the Junior 1000 Rally series in 2013 saw him get his first taste of stage events before developing into one of the most experienced Junior drivers of the current era, honing his skills on the British and Irish stages since the age of 14.

Creighton had the enviable record of finishing all 16 events last season. Despite his impressive accolade, he narrowly missed out on the Junior BRC title in 2019 and a place on the Billy Coleman Award finalist list.

His determination to succeed means he has elected to spend the forthcoming season aiming for the British title that has so far eluded him and gain experience of the new marque for the future.

“It’s always a difficult decision when you reach a crossroads like I have after the end of last season and there were several directions we could have taken really,” says Creighton.

“We sat down and explored all the options available to us and it would have been easy to consider a switch to four-wheel drive or a European championship or even something different altogether. But we laid all our cards on the table and thought, what is ultimately best for my career. So we decided to take the plunge with the Fiesta.”

This will mark Creighton’s fourth season in the British Championship, but he doesn’t see staying in the series as a backward step.

“It’s easy to forget I’m just 22 years old and that I’m young enough to be able to take my time and ensure I`m in the right place and have the right experience to progress, so we are really preparing for the future here” he continues.

“Looking ahead at say the Junior WRC, you need huge experience on all surfaces and the British Championship gives you that. I want to head to these events this year with my prior knowledge and tackle them in one of the best cars out there. That said, it’s not just about getting the time in the Fiesta, I`m not going back to be the bridesmaid again, I`m going for the win”.

Whilst the British Championship is largely similar to last season, one new event appears on the calendar which will be new to most of the title contenders, but he doesn’t believe that will hamper his title hopes.

“The Clacton Rally will be a new event to me altogether so that may require a different approach. But if I was to jump in the JWRC they would all be new aside from Wales Rally GB, so I need to get used to that. The goal for the season is the championship, it’s as simple as that. Winning the €60,000 is the best possible chance I would have at contesting the JWRC the following year and having one more season under my belt would ensure I`d be prepared for what lies ahead. I`m ready for the season that’s for sure”.

The opening round of the season takes place on 8th February in North Wales with the Cambrian Rally. 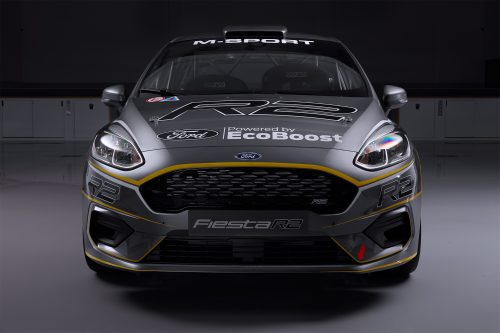