18-year-old Josh Cornwell has today signaled his intent by announcing his campaign in the newly formed Cadet Cup in a Ford Fiesta R2 prepared by MH Motorsport.

The Dorking-based driver tackled the Junior BRC in 2016, taking his best result of fourth on the season opener in mid Wales. A mixed season using a variety of cars provided a steep learning curve for Cornwell in Britain’s premier rally series.

“2016 went okay. We went well on the first round claiming fourth and playing our joker meant we were third in the standings. After that it went downhill. After suffering a few problems in the Fiesta R2T mid season, I went back to my 1600 Ford Fiesta R2 and managed to put a few more points on the board to get myself up to sixth in the standings.”

Over the closed season a consistent package has been put in place for Josh to drive on all seven rounds in a MH Motorsport run Fiesta R2. With the continuity and conditions just right, Josh could be the person to beat in the Cadet class ahead of the new season.

“This year we are going to go for it in the Cadet Class and go for the win. It’s good to be the person everyone is looking at to try and beat but there is going to be good competition. It’s going to be a hard year and it’s going to be very interesting.”

With a year of BRC action under his belt, Josh is looking forward to the year ahead and the challenges that await with new co-driver Richard Bliss.

“I would love to be the Cadet champion at the end of the year, we will be pushing hard and going for it from the word go.” 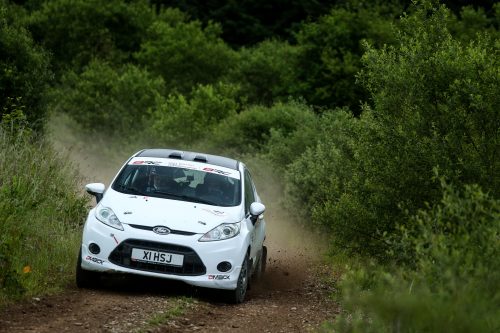