Coleman, who has just turned 18-years old started his competitive driving career in karting, becoming Irish Senior IAME champion before moving into the hotly contested J1000 category in late 2018. Driving a Nissan Micra, he achieved some impressive results on the Irish gravel.

Now, Coleman will make the trip from Co. Tipperary and will begin his journey in adult rallying at the opening round of the Junior BRC at the Neil Howard Stages, having previously only been able to compete in Junior events at home.

Driving a brand-new Suirway Group-backed Fiesta Rally4, he will compete for the biggest prize in UK rallying, the chance to win a prize drive in a Hyundai Motorsport Customer Racing i20 N Rally2 at a World Rally Championship event in 2022.

Run by Tom Gahan, Coleman has had his eye on the BRC for some time and will take the next step of his career across the seven-round series which visits each of the four home nations this season, tackling both sealed surface and gravel events.

“I’m delighted to register for this year’s Junior British rally Championship,” he says.

“It’s very exciting to be starting the next step of my career and I think the first event at Oulton Park will be a perfect introduction to the car and a great starting point. The aim this season is certainly to build the pace as I progress and build on the relationship in the car.” 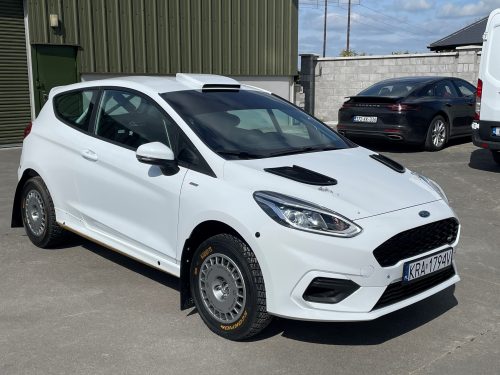