Cave set to return to the BRC with a bang

Tom Cave is the latest high-profile name to sign-up to the Prestone MSA British Rally Championship in 2017. The Welshman is hungry for success in his return to Britain’s premier rallying series and is all set to pilot a Ford Fiesta R5 prepared by Dom Buckley Motorsport alongside co-driver James Morgan.

Last season’s runner-up has committed to the series once again as he goes in search of his first four-wheel-drive win in the BRC. The 25-year-old is fired-up ahead of the first round after a confidence building 2016, taking four podiums and being the only driver – other than WRC star Elfyn Evans to burst through the 100 point mark in the standings. With Evans graduating to the world stage, the path is clear for a new champion to be crowned.

“Last year was successful,” enthused Cave. “To finish second behind Elfyn was the best we could have hoped for and beyond all expectations. This time last year we had to learn everything – a new team, new car and new co-driver. We couldn’t live with Elfyn and Fredrik [Ahlin] initially but, as I gelled with the team and James, the results started to come. By the Scottish we really started to get into our stride and we were outright second best and showed good pace right up to the end of the season.”

The Aberdovey-based driver knows the Fiesta R5 well and believes everything is in place to mount a strong charge from the word ‘go’ in Scotland – with the series blasting off on the 17/18 March.

“I think I can fight at the front once again. We have not done a full event since September but I did a small test in January and it felt like I had not been away. I feel very comfortable and I am ready for a fight on the Border Counties. I have done a lot of rallies in the Fiesta R5 and I have all the ingredients to compete for the win and come back with a bang.”

It’s a new year and new challenge for Cave, who is leading the attack for Dom Buckley Motorsport in the BRC. Tom had a successful year last year and appreciates the backing he enjoyed from Spencer Sport throughout 2016.

“I would like to thank Spencer Sport for all their support last year. To work with Charlie and Jamie Jukes and help bring a new team into the BRC was a great challenge. To take four podiums together I think shows the level of success we achieved, but unfortunately we couldn’t agree terms this year. I wish them well for the future and I look forward to working with Dom Buckley and his team this year.”

Cave has been a long-term supporter of the British Rally Championship and is eager to shine on some of the world’s best stages.

“It looks like the BRC will be well supported once again and it’s an excellent proving ground for young drivers. Elfyn has proved that. The level of competition this year is destined to provide some great battles, so I’m delighted to continue to be involved.” 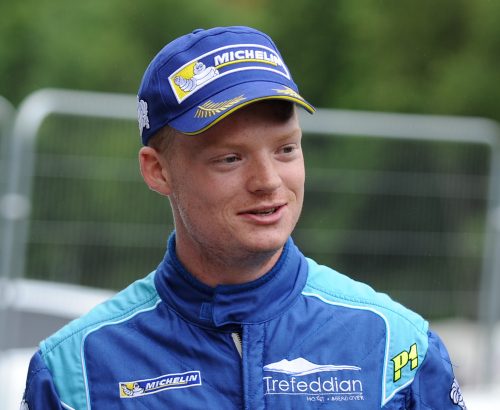