The Scot, affectionally known as `Skunner`, will begin a new position with the WRC Promotor who take up the running of the European series in 2022.

Campbell has a wealth of motorsport experience under his belt, including time as Clerk of the Course of Wales Rally GB and FIA Steward on many overseas events.

In 2016, Campbell would spearhead the return of the British Rally Championship which saw the rise of R5 machinery and with it, a healthy list of star-studded registrations.

During his six-year tenure as manager, he has worked tirelessly to support the championship. Eager to encourage all contenders, Campbell was responsible for securing prize drive opportunities for progressive youngsters along with a host of incentives for all crews, coupled with a dynamic calendar and upbeat offering for registered protagonists.

In 2021, the British Rally Championship enjoyed a bumper season of registrations and an exciting climax to the title race, going down to the penultimate stage of the season; a fitting end to Campbell’s management of the series.

He will be sorely missed by competitors and organisers and the British Rally Championship wish him the very best of luck in his new role. 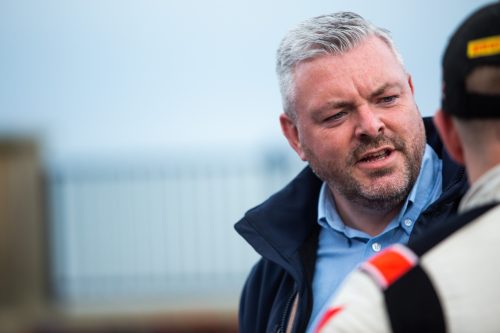