After the announcement of Championship registrations last week, entries are now open for the Visit Conwy Cambrian Rally – the opening round of the 2020 British Rally Championship season (8 February 2020). Organised by the North Wales Car Club, the iconic Welsh event enters its 65th year and there are lots of exciting initiatives for the series’ opener.

After a successful addition to the 2019 BRC series, the Welsh round will once again kick-start Britain’s premier rallying series with over 60 miles of the finest gravel, the first gauntlet of the year.

One of the major appeals from last year was the Llandudno town centre Service Park, allowing rally fans and shoppers to get close to the BRC stars and cars. One of the biggest challenges with a town centre service is the accessibility to nearby stages – one of the main priorities to improve upon for 2020. With less road miles for the upcoming event planned, this will also mean a later start and early finish – allowing crews to maximise their day of rallying.

With a carefully planned route, the rally will visit some of the most picturesque parts of the beautiful county of Conwy. Classic stages including Crafnant, Gwydyr, Elsi and Penmachno are all confirmed on the bill. Incidentally, Penmachno will use a configuration not used in 30 years – creating a dramatic final sting in the tale. What’s more, the final two stages – over 20 miles will be held in the dark.

Adding to this, the famous Great Orme stage will be yet another exciting addition to this iconic rally – with cars taking to the tarmac toll road around the breath-taking peninsular.

Unfortunately, because of last year’s late route change and reduction in stage mileage  –  the rally committee has also decided to give a £30 refund at signing on to driver/entrants from the 2019 Cambrian who enter for 2020, and this will be payable at signing on at rally headquarters.

Entries for the 2020 are now open here and more details can be found at www.cambrianrally.co.uk

Registrations for the British Rally Championship are now open here 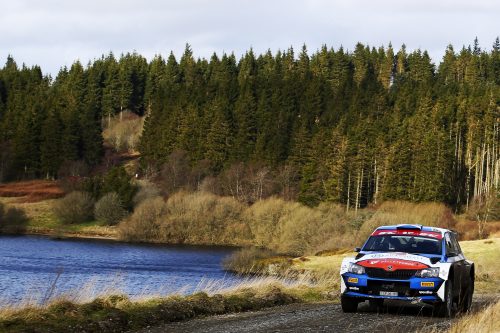