After a successful inaugural season in 2017, the Cadet Cup is all set for another fierce year of competition as part of the Prestone MSA British Rally Championship.

The category is once again open to drivers under 25 years of age to tackle all seven rounds that comprise Britain’s premier rallying series with five of the best scores counting towards the overall crown.

Last season, Josh Cornwell lifted the Cadet Cup and along with the championship prestige the young Englishman scooped free entries to every BRC round in 2018. With the help of the Cadet Cup category, Cornwell is set to graduate to the Junior BRC and will be joined by Cadet round winner Alex Waterman, 2017 Ladies Champion Nabila Tejpar and the Harper Adams University team led by James McDiarmid in the fight for the Junior BRC Championship.

Entries have started to roll in ahead of the opening round with the first announcement to come this evening. Crews will not only develop their driving skills on some of the finest stages in the world but the stars of tomorrow will be supported by the MSA Academy on several rounds of the championship – with its experienced team members offering support and advice to develop their rallying skillset.

The Vauxhall ADAM Cup is an exciting new addition for this season. Run within the popular Cadet Cup, the one-make series will offer substantial round-by-round prizes throughout 2018. The overall champion will receive a supported drive in an R2–prepared Vauxhall ADAM on Dayinsure Wales Rally GB or at a BRC round in 2019.

Once again, stage times will be fiercely traded in the fight for supremacy and the opportunity of free entries to every round of the BRC in 2019. Let battle commence! 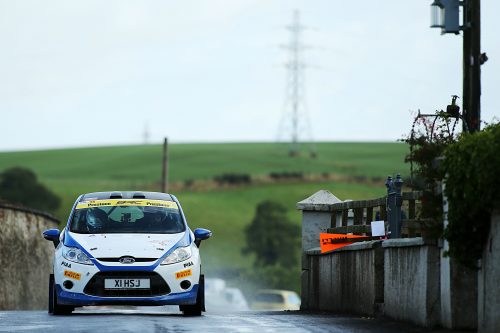