The Prestone MSA British Rally Championship has today (25 January) officially announced that a new Cadet class will form part of Britain’s premier rallying series in 2017. The overall winner of the Cadet class will receive a significant prize in the shape of free entry into every round of the BRC in 2018.

The class will become home for the Ford Fiesta R2T National, Opel ADAM Cup and older specification 1600cc Ford Fiesta R2 and is open to drivers under the age of 25 on 1 January 2017.

The category offers the perfect stepping-stone from clubman competition into the British Rally Championship and will bridge the gap to the Junior BRC which hosts the latest, more powerful R2 machines from Ford, Opel, Peugeot, Renault, Skoda and Vauxhall.

BRC Championship Manager Iain Campbell is excited about the new addition to the BRC.

“The new Cadet class has really captured people’s imagination and provides the perfect place to run the older-spec R2 Fiesta alongside the R2T National and Opel ADAM Cup,” enthused Campbell.

“We are grateful to all the BRC events that are fully backing this new class. The winner of the 2017 Cadet class will receive free entry into all the 2018 events – a real budget assister to help with career progression into the Junior BRC or other classes.”

The Cadet class along with the rest of the BRC will leap into action on 17/18 March for the Brick & Steel Border Counties Rally. 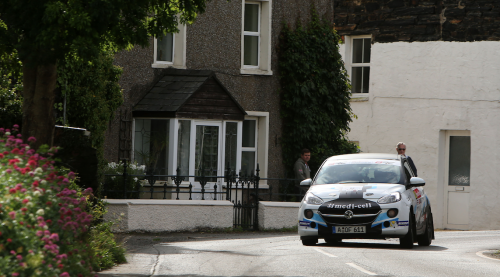