The Motorsport UK British Rally Championship makes a return to the legendary north Wales forests this weekend as the Visit Conwy Cambrian Rally [30 October] plays host to the penultimate round of the 2021 season.

The one-day gravel blast offers over 40 miles of world-class stages including Gwydyr and Penmachno as featured on the former FIA World Rally Championship qualifier, Wales Rally GB. Based at the seaside town of Llandudno, the event will also offer an additional challenge of a brand new closed-road asphalt stage to round off the event to test the impressive BRC line-up to the limit.

After a searing season of action on the stages, the fight for the three BRC categories is set to reach an important phase as dropped scores begin to take effect on the title race. Championship protagonists in BRC1, National Rally Title and Junior BRC will all be vying for a maximum points haul in the notoriously challenging Cambrian forests with the possibility of the titles being wrapped up ahead of the season finale next month.

Wearing the coveted number one seed is defending British Rally Champion Matt Edwards in his Melvyn Evans Motorsport Volkswagen Polo GTi. Very much the local hero of the event, the Conwy driver has won the rally on two occasions and a hat-trick on his home rally would put him and co-driver Darren Garrod in the box seat for a record-breaking third BRC title in a row. Utilising his Joker nomination, the opportunity to scoop an additional five points is also likely to be vital in the championship showdown.

However, Edwards is locked in an intense battle with teammate and fellow countryman Osian Pryce. The Machynlleth man scooped his first BRC win in eight years at the Mull Rally just a fortnight ago and is in stellar form as the series heads back into the woods. With co-driver Noel O’Sullivan alongside, it’s set to be a stellar clash between the duo as they grapple for the top spot and Pryce has an outside chance of taking the title if Edwards falters.

The M-Sport squad return to the BRC in force after skipping Mull, as Grampian Forest Rally winner Matthew Wilson starts at number three in his Ford Fiesta Rally2. With Stuart Loudon on the notes, Wilson has produced a blistering pace on his BRC return and is still in with a chance of a second British title, albeit relying on the demise of the Polos ahead.

Rhys Yates is in a similar position and could yet secure his first BRC win and title. The M-Sport Fiesta Rally2 ace has not enjoyed the best of luck this season and his results on paper are a far cry from his true pace. He and co-driver James Morgan will be aiming to turn the tide on a difficult championship in Wales.

Four-time British Champion Keith Cronin and co-driver Mickie Galvin have built their pace gradually in their Fiesta Rally2 this season after a welcome return to the championship. Fourth place on only Cronin’s second event behind the wheel since 2018 is a sign he means business and will have high hopes on the final gravel counter of the year.

Ollie Mellors and Max Freeman wheel out their Proton Iriz and as previous winners of the Cambrian, could well be a good bet for a podium or better this time around. Seb Perez and Gary McElhinney are fresh from an appearance on the World Rally Championship in Spain so have the benefit of seat time in their M-Sport Fiesta Rally2, whilst James Wilson and Arthur Kierans will face a race against time to ready their Hyundai i20 after a rally ending excursion at the non-championship Carlisle Stages last weekend.

The race for the National Rally Title is equally as close as the BRC top-flight with Duns ace Garry Pearson leading the charge. A sensational win in Mull ensured Pearson can head to the Cambrian with confidence and is riding the crest of a wave after he and co-driver Niall Burns scooped the Scottish Rally Championship title last weekend in their Skoda Fabia. They will also play their Joker card in Wales to stand a chance of gaining up to five additional points and should they do so, will be uncatchable in the race to the championship.

In hot pursuit and also `Jokering` will be Stephen Petch and Michael Wilkinson in their Fiesta WRC. A win on the Yorkshire gravel further enhanced their fight for the championship but with the return of Elliot Payne and Patrick Walsh to the series in their Fiesta, the hustle for maximum points will be a tense affair. Discount Toyota Starlet aces Jason Back and Karl Egan at your peril too. The duo is technically in with a shout of the title although the rear-wheel drive machinery will be at a distinct disadvantage in the Welsh mud.

In the biggest prize in UK rallying, the Junior BRC contenders are vying for the chance to win a drive in the World Rally Championship behind the wheel of a Hyundai Motorsport Customer Racing i20 N Rally2. No wonder then that the battle for the title is as intense as it’s ever been.

Open to under 26-year-olds in Rally4 and R2 machinery, a large contingent from both sides of the Irish Sea have joined the series in 2021. Junior WRC aces William Creighton and Liam Regan took the first-round honours, but with two zero scores in Wales and Scotland, had it all to do on the following rounds; and duly delivered.

Wins in Yorkshire and Mull threw them back into the championship race but they will need some luck on their side to overhaul the series leaders, Irishmen Eamonn Kelly and Conor Mohan. They have been building their pace and experience all season long, taking a podium spot on every round contested and with victory at the Grampian a highlight. They would be a safe bet to scoop this year’s prestigious prize.

Finlay Retson and Rhys Stoneman are another crew to enjoy consistent results this season with two runner-up spots putting them towards the forefront of the battle.  They currently sit third in the standings but will play their Joker card this weekend; watch for fireworks in Wales from the duo.

The fly in the Junior title race ointment could come from either David Kelly and Dean O’Sullivan or Jason Dickson and Kenny Bustard. Both Fiesta Rally4 crews return to the Junior BRC after skipping Mull and although not in with a chance of the championship, could well take vital points away from the protagonists.

Newcomers Kyle White and Sean Topping have produced arguably the most impressive performance of the season, harvesting some impressive pace in their older generation Peugeot 208 R2. Bad luck has seen them sit outside of the top three in the standings so far.

Johnnie Mulholland and Calum Maguire have the honour of being named as the first British Champion of 2021 as they secured the Academy Trophy title with two rounds to spare. Winning four out of five rounds, they take free entries to all rounds of the 2022 British Rally Championship and will head to Wales in a relaxed mood to gain seat time and knowledge ahead of next season. 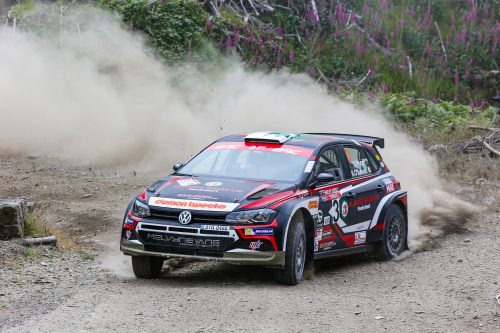 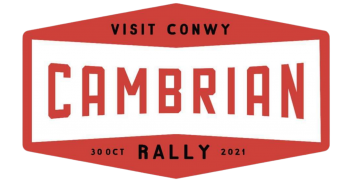