With the dust settling from a hard fought 2019 campaign, attention now turns to the eagerly anticipated 2020 season.

The calendar was announced back in September with forestry classics book ending some legendary Tarmac events including the fabled Ypres Rally visit – a now staple on the BRC calendar. New on the itinerary for 2020 will be a visit to Clacton, as the BRC visits the first ever all closed road event in England. The Essex round brings Britain’s premier rallying series to a new audience and with it creates a level playing field for the BRC drivers and co-drivers.

Before that, registrations will open and regulations will become available on Sunday 1 December.

“We will be opening our registrations early this year for a number of reasons. Firstly, the calendar comes forward by a week in 2020 and secondly, it gives us time as a championship to be able to talk to returning and potential competitors about the upcoming season and help them announce their plans for the forthcoming year.”

“We [The BRC] will also be present at the Autosport International Show in January to be on hand to talk about the new BRC season. As we walk around the NEC in the new year, it will be less than a month before the opening round.”

*This will only count as a point scoring round if one or more of the above rounds are cancelled). 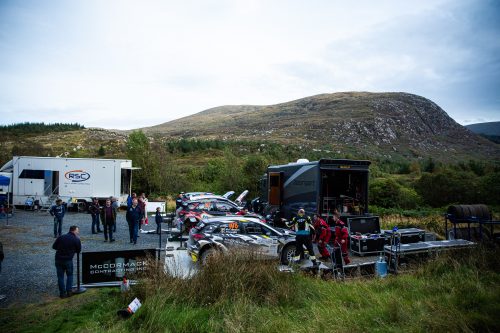