The Motorsport UK British Rally Championship has today (13th January) opened registrations for the eagerly anticipated 2022 season and confirmed its regulations for the 64th year of the BRC.

Britain’s premier rallying series will feature seven action packed rounds, with a blistering mix of gravel and asphalt events  in Wales, England and Scotland. The championship roster will see the introduction of exciting new events in 2022, mixed with BRC classics to test both seasoned champions and series newcomers.

As well as the British Rally Championship title, the popular National Rally Champion will also return, offering any vehicle eligible under the current Motorsport UK Technical Regulations and WRC cars up to 2017, the opportunity to contest the BRC events alongside the BRC1 top flight crews including pre-event recce.

The hotly-contested Junior British Rally Championship is also back in 2022, with young, progressive drivers up to the age of {27 years old} battling for honours and the chance to win a prize drive in a World Rally Championship round in 2023, in a Hyundai Motorsport Customer Racing i20 N Rally2 – find out more {HERE}

The Academy Trophy is also back, catering for drivers under 25 years old on 1st January 2022 with less than two years BRC experience and using “R2” specification machinery (homologated up to 31.12.2018). The Academy Trophy winner will receive free entries to each round of the 2023 Junior BRC to assist in their progression through the ranks.

*Provisional until ratified by Motorsport UK

Regulations are now available for the 2022 British Rally Championship {HERE}

To announce your plans or discuss the season further, do contact the team at brc@motorsportuk.org 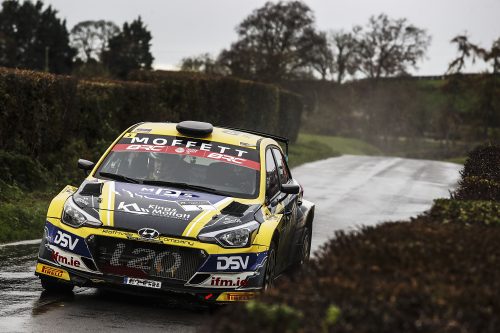