The Motorsport UK British Rally Championship will head to the opening round of 2021 with a packed entry list as the prestigious series secures over 40 registrations ahead of the opening round of the season, the Neil Howard Stages in association with Graham Coffey and Co. Solicitors.

Thanks to a bumper list of crews across all categories in the series, 2021 will see over 10 BRC1 top-flight contenders fight it out for the esteemed title. With the Motorsport UK National Rally Championship attracting a wealth of Irish crews to the championship in a wide range of R5 and WRC variants, there will be over 25 four-wheel-drive heavy hitters heading to the BRC stages this season.

The Junior British Rally Championship also boasts a significant uplift of entries from 2019 with 11 progressive youngsters aiming to scoop the title and impressive prize drive on a round of the WRC in 2022 in a Hyundai i20 N Rally 2 thanks to Hyundai Motorsport Customer Racing.

Providing the perfect entry point to aspiring Junior drivers up to 25 years old with little BRC experience, the Academy Trophy offers free entries to the 2022 calendar of events to the winner. The prize fund, worth around £6,000 has also ensured a strengthened field, taking the total BRC registration tally to well over 40 crews this season.

“It’s very encouraging to see the British Rally Championship has attracted a diverse and top-quality field of registrations this season. Not only are we at double the level we were in 2019, but some of those names on the list are fantastic and the depth of experience is pretty outstanding. It could very well be one of the most exciting and unpredictable championships in many years.

Of course, we recognise that we have many Irish crews heading over to contest the series but many have commented that the calendar of events and re-invigorated look was a huge draw too. It’s no secret that we had to work very hard on pulling the calendar together and it’s great to finally reap the rewards of those efforts. I’m delighted with what we have achieved and it has all the making of another classic British Rally Championship season”.

Further driver announcements will be released in the coming weeks.

Keep tabs on all the latest BRC developments by visiting
www.britishrallychampionship.co.uk 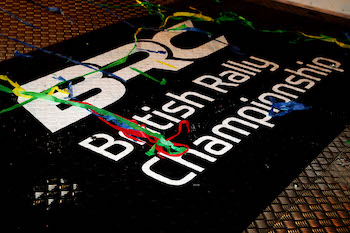