The Prestone MSA British Rally Championship is pleased to announce a strengthened television package ahead of the opening round of the exciting new season. Channel 4, BT Sport and Motorsport TV are all set to broadcast coverage from Britain’s premier rallying series this season.

A terrestrial broadcast package with Channel 4 took the BRC into more than 1 million homes last year. This year, the channel will continued to promote the championship in the Saturday morning schedules for a 30-minute highlights programme.

In addition, the BRC will be beamed into homes around the British Isles and internationally with both BT Sport and Motorsport TV carrying a longer 60-minute highlights programme after each of the seven action-packed rounds.

The rebranded Motorsport TV channel features premier motor sport coverage and through its international territories will push action from all seven rounds to a wider global audience.

Hayfisher Productions will once again capture the action and produce the high-octane shows, which will feature Colin Clark as presenter, bringing his insight, enthusiasm and passion to the BRC programme. Joining Clark will be Jon Desborough whose voice will provide the audio backdrop to the exciting championship battle.

“Achieving this fantastic broadcast package with Channel 4, BT Sport and Motorsport TV is another endorsement for the championship,” said Iain Campbell, BRC Championship Manager. “The BRC now offers a substantial television platform that is unrivalled at both domestic and international level.

“With a great variety of cars, drivers and nationalities, along with this exceptional TV deal, we have all the ingredients for another cracking BRC season. We can’t wait to get started in Jedburgh next week!”

The action-packed Prestone MSA British Rally Championship takes in seven rounds across the British Isles with the exciting inclusion of Ypres Rally in Belgium offering a demanding mid-season challenge, and the first overseas round for the BRC.

Round one of the 2017 series gets underway in Jedburgh, Scotland with the Border Counties Rally on 17/18 March. Keep tabs on all the latest BRC developments by visitingwww.msabrc.com or following us on social media: MSA British Rally Championship on Facebook, @MSA_BRC on Twitter and @MSABRC on Instagram using #BRC 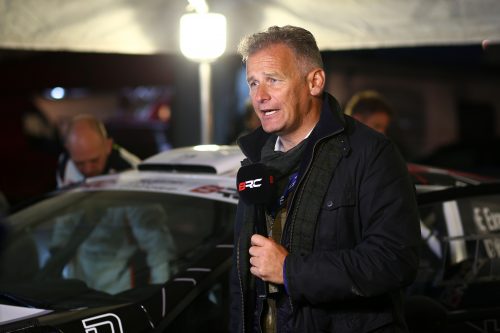