BRC stars and cars to steal the show at Autosport International

The reinvigorated and re-launched MSA British Rally Championship (BRC) will kick-start its 2016 season in style at this month’s Autosport International (14-17 January), where a plethora of stars and cars are set to steal the show.

Under the guidance of International Motor Sports (IMS), the new-look BRC will officially rev into life with the curtain-raising Mid-Wales Stages on 5/6 March, but fans will have the opportunity to get up close and personal with some of the championship’s leading lights and hear the lowdown on the forthcoming campaign as early as next week at Birmingham’s National Exhibition Centre (NEC).

At Autosport International, the BRC will share a large stand with Wales Rally GB – Britain’s popular round of the all-action FIA World Rally Championship – in conjunction with Motorsport News, the UK’s premier rallying publication.

Pride of place amongst the iconic cars on display on Stand 8435 will be JRM’s Subaru WRX STI in the nostalgic Colin McRae livery. This is the car that David Higgins drove to Production class victory on last November’s Wales Rally GB, as he paid tribute to the 20th anniversary of the Scot’s WRC title triumph. Former BRC Champion and multiple Rally America National Champion Higgins will put in an appearance himself on Friday.

Other show-stoppers will be Tony Pond’s 1986 MG Metro 6R4 – which will thrill spectators at Rallyday at Castle Combe in September – Blair Brown’s DMACK Junior BRC Ford Fiesta R2T, Vauxhall Motorsport’s new Adam R2 and the R5 Fiesta that will be campaigned this year by MSA English Rally Champion Rhys Yates.

Not only that, but a host of leading competitors will be dropping by on Thursday, Friday and Saturday, all eager to make announcements for what is shaping up to be a spectacular season ahead. Well-known rally presenter and former co-driver Howard Davies will be on-hand throughout to conduct insightful and entertaining interviews with the championship’s key figures.

Max Vatanen and father Ari – the 1981 World Rally Champion – will be in attendance on Thursday, with the former confirmed to contest the season in a DMACK Fiesta R5. His new team-mate – due to be unveiled the same morning on the main stage – will also visit the BRC stand, while former BRC round-winner and Skoda Fabia R5 driver Neil Simpson will reveal his own 2016 plans.

What’s more, the Vauxhall Motorsport Adam R2 Junior Team will be confirming its two drivers for the campaign ahead, whilst 2014 Junior British Rally Champion Gus Greensmith and Ken Block’s former co-driver Alex Gelsomino will similarly be present for interviews, having confirmed their participation in the season-opening Mid Wales Stages.

And last but far from least, there will be a cameo by enthusiastic rallying fan and Welsh international rugby player Scott Williams on Sunday – still buzzing from his passenger ride alongside Elfyn Evans at November’s Wales Rally GB Shakedown, no doubt.

“Preparations are rapidly gathering pace now ahead of the 2016 season,” affirmed BRC Championship Manager Iain Campbell, “and there could be no better platform to kick it all off than Autosport International. As the world’s pre-eminent motor sport show, it is the place to be in January, frequented by industry insiders and thousands of passionate fans alike.

“We are delighted to be sharing a stand with Wales Rally GB, and to have secured such a fantastic array of cars to go on display is a major coup. Not only that, but to have so many of our competitors coming along with their own exciting news to break really is the icing on the cake. You’d be mad to miss it!”

The revamped series will take in seven events across the British Isles as it tours England, Northern Ireland, Wales and Scotland before culminating on the iconic lanes of the Isle of Man. Asphalt special stages and gravel tests will see the country’s best drivers in the best cars fight for overall supremacy on the best events.
Keep tabs on all the latest BRC developments by visiting www.msabrc.com or following us on social media: MSA British Rally Championship on Facebook and @MSA_BRC on Twitter using #BRC 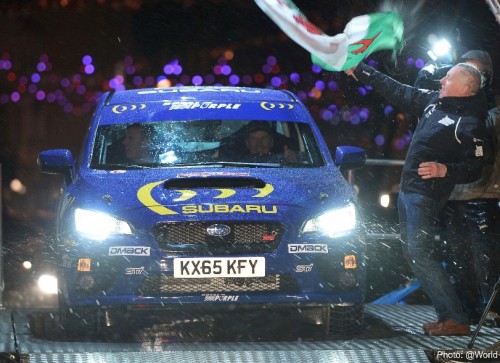