The British Rally Championship is delighted to announce the BRC Road to Wales in association with Hyundai Motorsport Customer Racing.

Last season, Josh McErlean won the Hyundai i20 R5 prize drive in association with Hyundai Motorsport Customer Racing, his reward for clinching the Junior BRC on his home round last season. For 2020, Wales Rally GB – the British round of the FIA World Rally Championship will once again be the final destination, however, to broaden the appeal, the lucrative R5 drive will be eligible for all championship drivers.

All those drivers wishing to be considered for the prize will battle it out on stages across the UK, Ireland and Belgium this season. Four places will be up for grabs with a selected panel on every round nominating the driver that has impressed them the most, whether that be behind the wheel, at media functions or general aptitude.

Three drivers will be chosen, with finalists announced after West Cork, Ypres and Galloway Hills along with the overall 2020 British Rally Champion. The four finalists will then go into an end of season selection process at Motorsport UK’s new headquarters in Bicester in early October.

The purpose-built facilities at Bicester Motion will be the home to onboard video analysis, fitness, media and aptitude tests, with the process culminating in an interview with a panel of motorsport experts consisting of members from Hyundai Motorsport Customer Racing, Motorsport UK, the media and rallying royalty.

The winner will then take to Wales Rally GB (29 October – 1 November) in a Hyundai i20 R5, where they will get to go toe-to-toe with some of the best drivers in the world on the classic stages in North Wales.

“Everyone at Hyundai Motorsport Customer Racing is very proud to see the association between us and the British Rally Championship continue for this season. Once again, the opportunity of a prize drive in Wales Rally GB is a huge reward for the drivers involved, and can hopefully inspire some great performances in the year to come. Last year Josh McErlean won the chance to enter the rally, and he is starting a full season in the BRC with a Hyundai i20 R5, so the chance to compete in Wales is a massive opportunity for the winning crew to take the next step in their rallying careers.”

“We are once again, extremely grateful to Hyundai Motorsport Customer Racing for offering this fantastic prize. Josh McErlean really grabbed the opportunity with both hands last year and showcased the talent in the BRC as he conducted himself brilliantly at the pre-event test and drive on Wales Rally GB. His speed behind the wheel opened a range of opportunities, as he now steps-up into the top-flight of the BRC.

“This year, we are opening up the prize to all our classes providing the opportunity for all our crews to be in with a chance of winning this fantastic drive on the world stage. The selection process throughout the year will be completely random with events, media, stakeholders and BRC personnel nominating the drivers that impressed them the most on each round. The three panel nominations and the BRC Champion will then be welcomed to Motorsport UK where the final decision will be made. We are delighted to making the prize a more engaging prospect, and we cannot wait to see who the winner will be.”

The 2020 British Rally Championship season gets underway this weekend with the Visit Conwy Cambrian Rally (8 February). 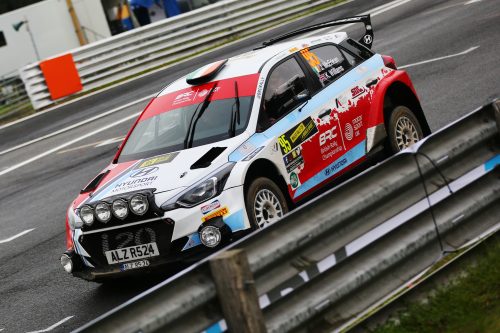