BRC National round up: Preston’s perfect start to title campaign

Thomas Preston got his Motorsport UK National Rally Champion title campaign off to a perfect start at the Oulton Park Race Circuit on Bank Holiday Monday, taking maximum points away from the opening round of 2021, the Neil Howard Stages.

Preston and co-driver Carl Williamson found themselves in full control of the National category after the fourth test of the rally and would hold onto their lead as the clocks stopped on the final stage, bringing their Ford Fiesta WRC home in 13th overall.

Charles Payne and Aled Edwards made in-roads on their opening stage pace to claim second, as Stephen Petch and Michael Wilkinson rounded out the top three, giving the impressive Ford Fiesta WRC a podium lockout in the process.

The category offers all vehicles with a Motorsport UK Vehicle Passport along with pre-2016 WRC cars, the opportunity to compete against the BRC top-flight and vie for a recognised title in the process.

It was far from a clear cut day for the eventual winner.  The opening event of the season started well for Petch, taking a two second lead over the chasing Preston. Despite admitting to being a “gravel man” Petch held onto his position at the front of the BRC National category until Preston’s charge came alive, grabbing the lead at the halfway point and never relinquishing that position all day.

Quietly in the background, Payne would also improve stage-by-stage and overhauled Petch on the fourth test to take second and begin hunting down Preston. That charge faltered on the sixth test and the positions would remain until the end, giving the CA1-Sport stable a one-two in the process.

Two-time National Cup victors John Morrison and Peter Carstairs home in sixth as they grappled with their new Fiesta R5. Chris McGurk and Liam McIntyre brought their Fiesta R5 home in seventh whilst Elliot Payne; son of Charles, would also show promise on his BRC debut with a handful of top times, but was hampered with a stage maximum on the opening test of the day.

Stuart McLaren and John Anderson were a welcome sight on the stages in their Historic specification Opel Kadett GT/E – taking the final points scoring position in ninth. 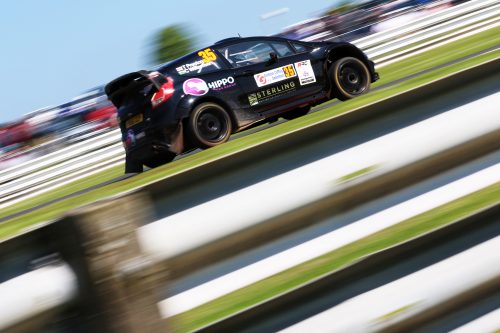