BRC Media output steps up a gear with 4Seasons Collective

The British Rally Championship will enjoy a new look to its media output and creative team in 2021, with the introduction of new media partners 4Season Collective.

The enthusiastic team from Bakewell in Derbyshire will provide this year’s BRC with a new style of video review and features section from each of the seven rounds in the series, bringing their wealth of experience from the mountain bike world to another adrenaline-fuelled sport such as rallying.

This new partnership will also see the introduction of on-event highlight clips on longer events, ahead of an extended review show after the rally and the popular Facebook LIVE stage end broadcasts which have become the staple of the series.

The small but dedicated team announce themselves as a “group of friends with a shared passion for sport and telling stories in images” and have provided creative content for world-famous brands. But they have also delved into motorsport in recent years, working with British Rally Championship Proton team Mellors Elliot Motorsport.

Their unique style and vision for story-telling will ensure a different feel to the BRC review shows and event snippets, with the aim of reaching out to a new audience whilst ensuring dedicated rally fans are catered for. Capturing all the stage side action and news as the event unfolds, 4Season Collective will also be focusing on features that will be aired in between events.

Made up of Strategic Director Bruce Dalton, motorsport lead and Senior Creative Jack Chevell and Head of Production Chris Day, the team is eager to show the British Rally Championship in a different light this season.

“4Season Collective are delighted to have been chosen to provide coverage of the 2021 British Rally Championship,” says Dalton.

“The team have already started working to bring the fans and stakeholders a unique take on the sport they love and a fitting celebration of the long-awaited return to competition. For the coming season, 4Season Collective aim to push the British Rally Championship coverage in a different direction.

“”For a number of seasons, the coverage has been a very different style of production, which succeeded in relaying the facts and action but left out some of the passion. 4Season Collective coverage will bring the series to life in a different way. Our coverage will tell the story of the event with a thrilling, accessible and action-packed twist. ”

“We will go behind the scenes, engaging fans and stakeholders, bringing them closer to the teams, cars and drivers of the BRC. Most of all, we hope to bring the rallying experience to as many people as possible and celebrate the spectacle of fast cars being driven on the edge.

“We look forward to bringing you the best of the action, and all the nuts and bolts behind the scenes.”

“I’m delighted 4Season Collective have come onboard and I`m looking forward to seeing a new look to the video content we produce this year. Bruce and Jack’s enthusiasm for the sport and new ideas is very infectious and we feel their style is a very good fit for the series” he says.

On longer events, the plan will be to produce some very short, sharp snippets of the day over the weekend, followed by the main review show later that week. This will be complemented by our usual stage-end reporting broadcast live on Facebook by BRC Media Manager Matt Cotton and Bex Hinton, giving everyone the opportunity to watch the action unfold in the championship. Add into that the superb imagery services of Jakob Ebrey Photography who will produce copyright-free images for each competitor and we have yet another top-class media offering in what is shaping up to be a very exciting season indeed”.

Check out a snippet from the 4Season Collective team, captured at last year’s Cambrian Rally. 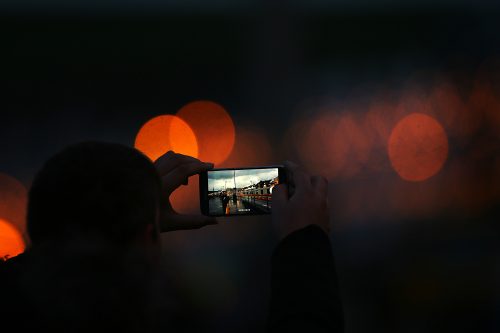