BRC gears up for action-packed second half

With two rounds completed the Prestone MSA British Rally Championship looks ahead to the second half of the season.

Next on the calendar is the John Mulholland Motors Ulster Rally. The two-day Tarmac test moves to Antrim for 2018 with classic stages including Torr Head and Glentun playing host to the BRC contenders.

Matt Edwards and Darren Garrod lead the championship standings after two wins from two in Britain’s premier rally series. The Welsh duo will be looking for three on the bounce, but out to stop them will be a pack of local stars including Keith Cronin, Marty McCormack and Jonny Greer. Never discount the rapid CA1 Sport duo of David Bogie and Rhys Yates or M-Sports Alex Laffey either.

Entries are open and we look forward to seeing the BRC boys and girls back in action after the summer break.

If you can’t make it stage side, fear not… we have you covered.

We will take a walk around the Service Park on Friday morning, bringing you all the news and opinions as we catch-up with the drivers ahead of the event.

Once the cars have been waved off msabrc.com will be the place to head as we will once again have a comprehensive live text service on both days as well as free of charge tracking feature so you can follow your favourite crew throughout the event.

Also, the results page on the website will have new tabs so you can see the overall leaderboard, BRC leaderboard, Juniors and Cadets.

You won’t need to head anywhere else. Our website msabrc.com will be THE place to be on the 17/18 August.

After the Ulster comes the 138.com Rally Isle of Man. The Celtic Classic will once again be played out over three days through the legendary Manx lanes on the 13-15 September.

Entries will open soon and Rally Guide One will be available shortly.

This years exciting Prestone MSA British Rally Championship final will be played out on Dayinsure Wales Rally GB. Four days of epic action in the Welsh forests alongside the WRC will provide an epic showdown for one of Britain’s most coveted crowns. Two rounds across the weekend will decide the Champion in the BRC’s 60th anniversary season. Who will it be?

Entries opened yesterday and more details can be found at www.walesrally.com

And one more thing…

Dust off the dinner jacket and choose your favourite dress as the date for the 2018 BRC awards has been set. Put the 24th November in the diary. Drivers, co-drivers, teams, events and fans are all welcome!  More news will follow shortly. 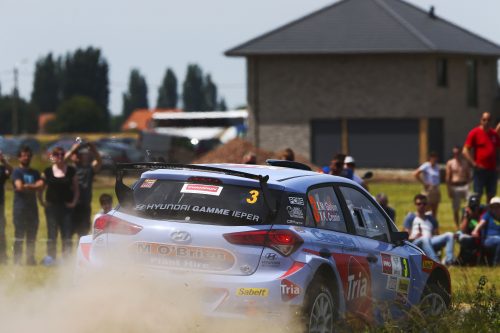