Both Junior and outright BRC champions from 2016 will travel to Corsica this week to take on the 10,000 corner rally – the 2017 Tour de Corse.

Reigning British Rally Champion Elfyn Evans leads the charge for the DMACK World Rally Team on the island event with the 28-year-old eager to replicate his podium success of two years ago. In 2015 the Welshman led the way in his Fiesta WRC –storming the field on the opening day before eventually taking second, his best WRC result to date.

Last season Elfyn threw the R5 Evo version of the Fiesta through the Tarmac stages and at one point the man from Dolgellau had both M-Sport teammates, Mads Ostberg and Eric Camilli in WRC cars behind him in his wake.

Evans has become a strong driver in all conditions, particularly on the sealed surface with scorching pace on the Circuit of Ireland, Ulster Rally and Isle of Man in Britain’s premier rallying series last year. If Elfyn and co-driver Dan Barritt have a clean run, expect the British pair to be up at the sharp end once again.

Junior BRC Champions Robert Duggan and Gerard Conway have graduated into the Junior WRC and will be eager to impress in their new Ford Fiesta R2T. The Irish pair also rounded themselves into contenders on all surfaces last season claiming five wins from seven events in their Vauxhall Motorsport prepared ADAM R2.

Duggan and Conway have already put the new Fiesta R2T through its paces on the recent West Cork Rally ahead of their international campaign. The duo will contest a further five WRC rounds after Corsica and will hope to secure an R5 prize drive for 2018 this year.

Current BRC4 competitor David White has dusted his Ford Fiesta R2 down after a troubled run on the Border Counties Rally and the Tarmac ace is looking forward to returning to his preferred surface and is hoping for a trouble free run. MSA Academy co-driver Phil Hall will guide White through the Corsican challenges. Look out for car 137 on the results this weekend.

Alex Laffey’s co-driver Dai Roberts will be calling the notes for the American Dillon Van Way in the Junior WRC. The Welshman brings alot of experience to the Ford Fiesta R2T and hopes to navigate Van Way to a solid result on the twists and turns of Corsica. 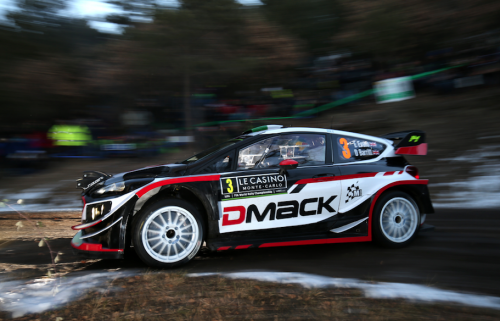