The Pirelli International Rally entry list is now out!

Reining champions Keith Cronin and Mikie Galvin will lead the cars away from the Pirelli factory on Saturday morning ahead of eight timed special stages on the gravel tracks in the Kielder Forest.

They will be pushed hard from an array of drivers including 2011 champion David Bogie with new co-driver John Rowan sat alongside. The Celtic pairing recently won round two of the Scottish Championship and will be quick out the blocks in Cumbria on Saturday.

Matt Edwards and Darren Garrod join M-Sport for the new season and they too come to the Pirelli on the back of a win, this time the recent BTRDA round for the Welsh pairing. Marty McCormack and David Moynihan finished third on the English round last year and will be vying for more of the same in 2018. The Irish pairing come to the Carlisle-based round with an Irish Forestry victory to boost their confidence.

Rhys Yates will be confident of a strong showing in his new Skoda Fabia after a class podium on the Azores round of the European Championship while Alex Laffey returns to the scene where he picked up his first gravel rally points last season as the Scottish driver aims to progress further on the loose surface.

Callum Devine, William Creighton and Oscar Solberg all return to reenact their 2017 title showdown in the Junior BRC with a plethora of fine young talent chasing them down, while Finlay Retson leads the new group of Cadet Cup runners into their 2018 journey.

The full preview will be available soon 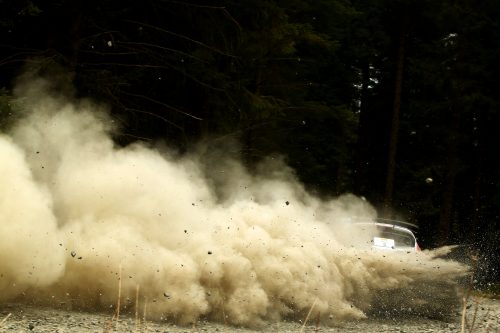