Brady hopes to make a bang in the BRC

Irishman Brain Brady is the latest young-gun to join the highly competitive Junior BRC. The 24-year-old reigning Motorsport Ireland Junior Rally Series Champion will cross over the Irish Sea for the first round of the series, the Visit Conwy Cambrian Rally. Brady will begin the season in a EDSL Sport prepared car before he switches to a car of his own. We spoke to the former Billy Coleman Award Nominee.

“Last year I won the Motorsport Ireland Junior Rally Series. It was the first year of the championship and there was a prize fund which meant I could step into the BRC. The BRC has always been a championship I wanted to do as it is very competitive with some great events. With the 60,000 Euro prize on offer in the BRC, if I won that it could take me somewhere else the year after.”

This will be his first season in Britain’s premier rallying series, but the 24-year-old is confident of a good showing in the one-make Ford Fiesta series.

“It will be completely new for me. I did West Cork as a co-driver once but that isn’t going to really help me here. Last year I did a lot of forestry events and I won three of the four events I did, but I still think I have a lot to learn on the gravel. Overall hopes, I don’t know how well we will get on in the new car, but everyone is in the same boat and I haven’t competed against many of the other lads so we will have to see how we get on. William [Creighton] has a lot of BRC experience and should be leading the way but we have to go in there thinking we could be fighting for this too.”

And his hopes for the year ahead?

“A strong finish on the Cambrian and podium on West Cork would set up my year nicely. From there it will be a completely new challenge as I haven’t done anything outside of Ireland so going to Ypres will be a big step. Three days, the heat, the surface its going to be like nothing else and I can’t wait to get into this season.” 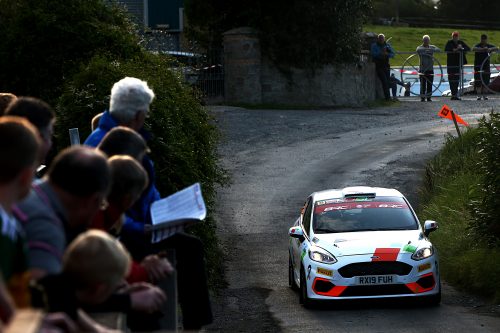