The MSA British Rally Championship has announced a change to its 2017 calendar, with the season now starting with the Brick & Steel Border Counties Rally on 17/18 March.

The one-day shoot-out across the challenging gravel stages will offer BRC competitors a full day’s action over the Scottish lowlands with the route passing through the Tweed Valley and Kielder. Jedburgh Town Hall will play host to Rally HQ, providing a central location for scrutineering, documentation and the Ceremonial Start and Finish while the Service Park will be based at the Newtown St Boswells Mart.

“After the disappointment of losing the Mid Wales Stages, we were delighted that the Border Counties came forward to host the opening round,” said BRC Championship Manager Iain Campbell. “Putting the best of the BRC against the Scottish Championship competitors will offer a great challenge on stages once used in the World Rally Championship. The event organisers have been brilliant so far and we are already working hard with them to ensure that everything is in place for the opening round and there will be more announcements to come about the Border Counties in the next few days.”

Registrations for the MSA British Rally Championship open at the Autosport International show and at www.msabrc.com on Thursday 12 January – the same day that a new title sponsor for the series will be announced. Entries for the first round of the 2017 BRC – the Brick & Steel Border Counties Rally – will open on Wednesday 1 February. 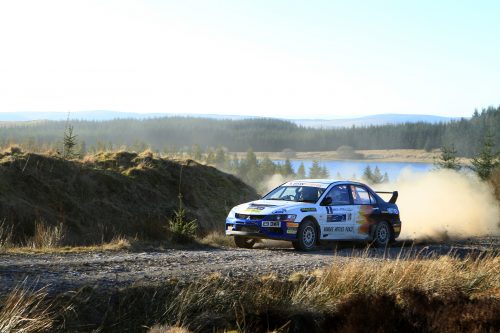