2011 BRC Champion David Bogie is fired up ahead of the next round of the Prestone MSA British Rally Championship, the John Mulholland Motors Ulster Rally.

Bogie achieved his best R5 BRC result on Tarmac last time out on the Ypres Rally in his Skoda Fabia – a much-needed result for the Scottish star and co-driver John Rowan after their stage one exit on the Pirelli International.

“The Ypres result was definitely important for us as the retirement last year meant we were on the back foot against the likes of Matt Edwards and Keith Cronin so for me it was about finishing the whole event and build the pace as the event went along. You don’t get any points for being blisteringly quick on day one, only to retire on the first stage of the second day. Second in the BRC and a good haul of points was a good result for us especially after the Pirelli so we can hopefully build on it for next time.”

The CA1 Sport driver sits fourth in the standings and is buoyant after his first points scoring showing and believes the next round of the series, the Ulster Rally will be vitally important to build momentum for a championship charge.

“I love going to Ireland to rally and the Ulster is an event I really enjoy. I did the Down Rally last weekend and although it ended early with power steering problems it was good to get more miles in the Skoda Fabia on Irish Tarmac. We went well on our last visit two years ago and I hope we can do the same this year. A podium has to be the aim again and anything better is a bonus.“

The roads in Northern Ireland are certainly unique with changeable weather conditions throwing in an added extra bit of spice. Not only are the stages a favourite for David but also the competition.

“The roads are really exciting to drive, the roads are bumpy, fast and very abrasive with high grip levels. It’s also nice to go head-to-head against not only the BRC guys but the Irish Tarmac Championship crews on a well supported event with good entries, great stages and great competition.”

The John Mulholland Motors Ulster Rally gets underway on the 17th of August. 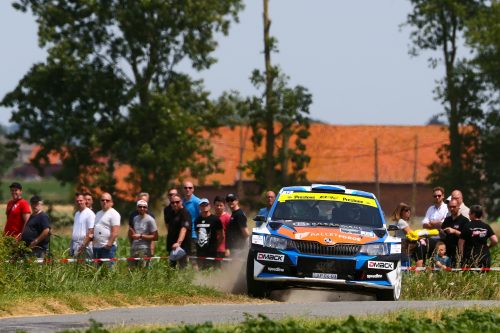