Best of British head to Dumfries for Scottish Rally

Regulations are now available for popular Dumfries event as competitors from British and Scottish Rally Championships will battle for prestigious Scottish Rally victory on June 25th.

As entries open for the Dumfries based RSAC Scottish Rally this week, the event is shaping up to host one of the greatest battles in recent motorsport history as crews from the MSA British Rally Championship and ARR Craib MSA Scottish Rally Championship tackle the 71st running of the popular rally. The two most hard-fought rally series’ in the UK will meet for the first time since 2014 to tackle classic Scottish stages in the Eskdalemuir and Ae forests on June 25th.

With regulations now available, event organisers have revealed a new-look route for 2016 which sees the combination of classic Scottish Rally tests alongside the new “Mount Joe” stage near Beattock. The route, which sees competitors from both the Scottish and British series contesting identical stages, hosts a much awaited battle in the South West of Scotland thanks to the new-look British Championship returning to the calendar this year. The series took a sabbatical in 2015 but made a popular return with the world class R5 specification rally cars at the forefront of the series. And, with the Scottish Rally Championship boasting record entry levels this year, the RSAC Scottish Rally will bring crews in both championships head to head for the first time.

The event will be based at The Scottish Rural College Barony Campus which provides Rally HQ, pre event scrutiny and documentation during Friday 24th June. On Saturday 25th, crews will then leave the Dumfries town centre start to tackle over 60 competitive stage miles in the surrounding forests, returning to the Heathhall service area on the outskirts of the town twice during the day. Those lucky enough to have completed the route will spray the champagne at the Dumfries finish podium celebrations later that evening. Spectators will also be well catered for with dedicated viewing points on five of the stages along the route during throughout day.

Clerk of the Course Jonathan Lord believes the 2016 event is shaping up to be one of the best in the event’s 70 year history. “The return of the British Rally Championship has of course been much anticipated this year and the first three rounds of the series have shown that the competition throughout the field is first class” he says. “Add to that the battle at the front of the Scottish Rally Championship which has seen three different winners on three different rounds and it’s pretty clear that the Scottish Rally will see a fantastic battle for overall and championship honours”.

He also believes the route will provide something for everyone too. “The organising team have worked hard to bring together the classic Scottish Rally stages with a few new tests to keep the event fresh. Regular competitors will recognize the stages in the likes of Castle O`er, Rivox and Ae, but we have included the Mount Joe stage which should be a new challenge for everyone.”

“Both the Scottish and British Rally Championships are some of the most highly regarded series in the UK right now and it’s fantastic for the event to be hosting both at once” says Lord. “Sadly I`ll be in Rally HQ, but the battle on the stages is shaping up to be one of the best yet. We would also like to extend our sincere thanks to Dumfries and Galloway Council for their continued support and helping to bring this historic event to Dumfries once again.”

The event regulations are now available on the website and spectator information will be available closer to the rally. 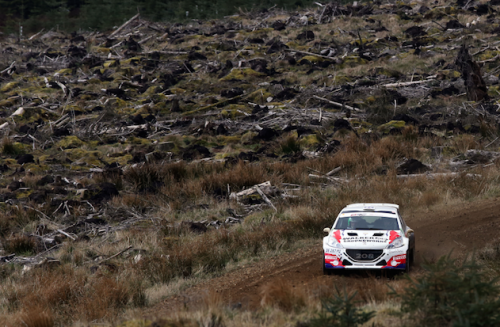