Angry Jester BRC Mechanics Challenge – Don’t be a tool, it’s time to get your hands dirty

The engineers and mechanics of all BRC registered crews are invited to take part in the inaugural Angry Jester BRC Mechanics Challenge. While the BRC crews are out tackling Britain’s best stages, the BRC and Vital Equipment are inviting teams to come and face each other in the Service Park on a rallying simulator based in the BRC Hub.

The Challenge will be held across each of the seven events and points will be awarded as per the BRC with the fastest person taking the glory and 25 points down to the tenth fastest scoring one challenge point. The winner of each round will receive Angry Jester prizes worth £120, while the overall champion will be crowned on the 138.com Rally Isle Of Man, with the victor walking away with yet more Angry Jester goodies

“The action on the stages this year is going to fierce and along with Vital Equipment, we wanted to bring that competitive spirit into the Service Park,” explained Iain Campbell. “The engineers, technicians and mechanics are the heartbeat of the BRC teams and definitely earn their money when the cars return to service. We wanted a challenge for those guys to socially relax and unwind when the cars on the stages. However, when there is a clock involved and points and prizes on offer – I can see it being quite competitive in the Service Park as well. ”We look forward to seeing as many teams as possible this year.”

The leaderboard and analysis will be feature on the BRC social media channels and msabrc.com after each weekend. 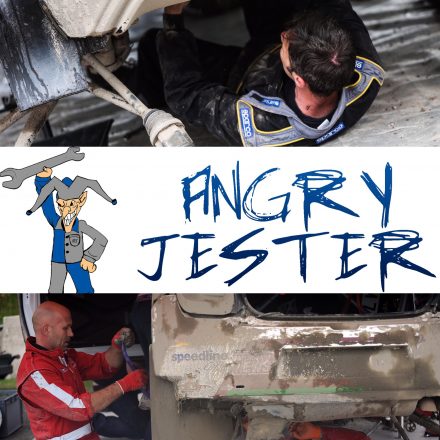