All rallying roads lead to Wales

The winners of the UK’s premier national rally championships will all receive free entries into this year’s Wales Rally GB (29 October-1 November) via the on-going and highly-acclaimed ‘Road to Wales’ initiative.

Now entering its eighth year, the innovative and far-reaching scheme rewards the winners of the country’s premier national championships with free entries into the UK’s end-of-season round of the FIA World Rally Championship. Previous prize recipients include Elfyn Evans (photo above), current leader of the FIA World Rally Championship, following his historic WRC victory last weekend in Sweden.

Run in association with Hyundai Motorsport Customer Racing, the BRC Road to Wales is open to all those registered for the 2020 British Rally Championship (photos below). Four finalists will be nominated: the outright BRC champion will be joined by three other selected drivers who have impressed a panel of judges with their driving ability and general aptitude throughout the season.

In early October, the chosen four will then contest a meticulous finale at Motorsport UK’s new headquarters in Bicester Motion. Here they will undergo fitness, media and aptitude tests, as well as onboard video analysis of their driving skills.

The overall BRC Road to Wales winner will then secure a fantastic Wales Rally GB prize drive behind the wheel of a super-competitive Hyundai i20 R5, and the chance go toe-to-toe with some of the best drivers in the world on the classic Welsh stages.

“Wales Rally GB is the pinnacle of rallying in the UK and we are determined to maximise its presence to the full benefit of all those involved in the sport,” said Iain Campbell, Wales Rally GB Clerk of the Course. “Whether it’s encouraging and rewarding those competing in our top national championships, or providing those aspiring to be future world champions with vital WRC experience, the provision of these prize entries is always extremely well received.”

This year’s Wales Rally GB will be based in Deeside and fans will be able to buy tickets when full details of the 2020 competitive route are announced in the spring. 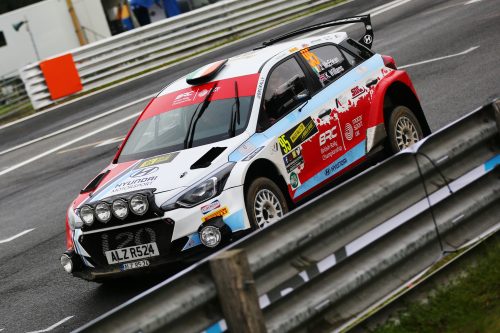