All BRC roads lead to Wales

After a countrywide tour, the pulsating Prestone MSA British Rally Championship season finale will be played out on the legendary stages of Dayinsure Wales Rally GB, 4-7 October 2018.

Britain’s premier rally series will compete side by side with the best in the FIA World Rally Championship on the stages of mid and north Wales this October and the stars of the BRC will fight for one of rallying’s most coveted crowns.

Registered competitors will get a discounted entry fee to the event:  £1650 inclusive of VAT instead of £2200 inc. VAT

The British Rally Championship will have its own dedicated area with all the teams servicing together in the Deeside Rally Village as well as a Prestone BRC lounge for crews and teams to hold meetings and meet with BRC officials in the heart of the Rally Office building.

The action on the stages blasts off with a dazzling curtain-raiser under the spotlights at Tir Prince Raceway on Thursday evening.

Friday’s schedule switches to north Wales, with sections of closed road helping to create new challenges in the classic Brenig, Alwen and Penmachno forests. Friday also sees the introduction of a new double-header spectator stage at Slate Mountain at The Slate Caverns, home to Zip World. After two days the first round of the weekend –the penultimate round will be declared.

A grueling ‘Super Saturday’ schedule will move the battle-ground to mid Wales and the legendary forests such as Myherin, Sweet Lamb, Hafren, Dyfi and Gartheiniog. A staggering 90 competitive miles on Saturday alone will pose a real challenge and could make or break a crews championship aspirations.

Sunday morning sees two forest tests in scenic Snowdonia, before the thrilling finale on the streets of Llandudno. In Visit Wales’ ‘Year of the Sea’, the crews will race around the iconic Great Orme and then onto the closed streets of Llandudno. The flying finish will be on the resort’s famous seafront – and the 2018 Champion will be crowned on the Promenade.

In its entirety, the 2018 route adds up to 23 stages totaling more than 323km (200 miles) of electrifying competition.

Away from the stages the Prestone promotional team will be visiting many of the stages, meeting the fans and giving away an array of Prestone BRC goodies.

All the action will be captured by Greenlight Television with highlights being broadcast on Channel 4 and BT Sport shortly after. 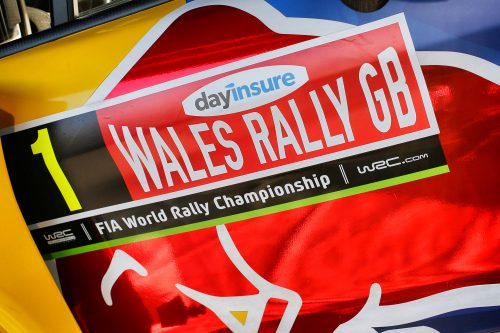