The 26-year old Carnoustie-born driver, who now lives in Leicestershire, is a Tarmac expert and won the Rally of the Midlands in 2014. He is particularly looking forward to day two of the Nicky Grist Stages and to the Rally Isle of Man, as he’s competed on Epynt six times and on the Isle of Man four times – finishing fifth on the Mewla and eighth on the Manx National last year. Having only ever rallied Fiestas since he began competing in 2009 and he also has a well-established relationship with Martin Wilkinson’s CA1 Sport team, and this will be the sixth year that Colin McRae’s former number one mechanic at M-Sport has run Alex’s car.

Gravel will be one of the biggest challenges for Alex this year. He contested the BRC Challenge in 2010 and the BRC the following year, but hasn’t contested a gravel rally since the Grizedale Stages Rally towards the end of 2011. Indeed, his only experience of driving a four-wheel drive car on gravel was a one day test in his Fiesta S2000 four years ago – although a pre-season gravel test in his Fiesta R5 is planned before the opening round of the BRC, the Mid Wales Stages (March 5-6).

Andrew Roughead will co-drive for Laffey again in 2016 and the CA1 Sport team is supported by Pirelli, Fuchs Oils and Speedline Corse.

Laffey said: “We’ve made a commitment to do a full British Rally Championship programme this year, including the gravel rallies, and the aim is to progress through the season and see where we end up. I’ve never driven an R5 car on gravel before, so I’m not really expecting to set the world alight on the opening Mid Wales Stages. However, I’d like to think we’ll be up there fighting against the very best on the Tarmac, and I’m really looking forward to going head-to-head against the likes of Elfyn Evans up on Epynt and on the Isle of Man.

“I’m delighted to continue to work with Martin [Wilkinson] and his CA1 Sport team. Martin has run me since 2011, which was the last time we did the British Rally Championship in a Fiesta R2 car. He knows exactly how I like my car set up, and I’m confident that even a one day pre-season test will set me up for the opening gravel event.”

Wilkinson said: “We’re obviously pleased to continue our relationship with Alex as we all think of him as part of the CA1 Sport family. Our links with Alex go back several years. Alex strong point is his Tarmac driving. Since he switched from the BRC to the MSA Asphalt Championship his sealed-surface results speak for themselves. It’s going to be exciting for him and the team to gain experience this year on the gravel too.” 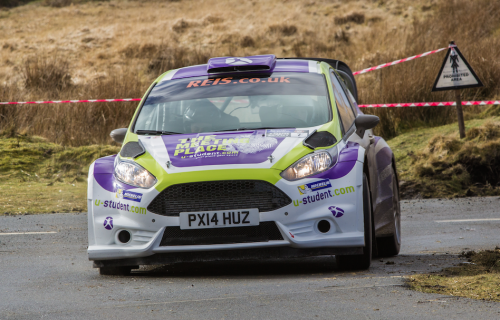