Following the release of the 2022 British Rally Championship calendar, we sat down with BRC Manager Iain Campbell for his thoughts on the upcoming season and the reasoning behind the planned schedule.

So, Iain how has the calendar been received?
Opinion of course is natural to any announcement, but it has certainly evoked a passionate response across all platforms. Truthfully, I guess we won’t know how well the calendar works until we are sat in Clacton with the first car about to leave the start but I`m happy we have complied an exciting and worthy calendar for 2022.

All events are within mainland Great Britain. Was there a thought process behind that?
The 2021 events have been well received by our competitors. Like many disciplines, this is a participation sport, paid for by the competitor, not by spectating fans. This is mainly due to the short nature of the rallies.  Short, as in time away from work, (which ultimately pays for the sport) and in the competitive mileage which saves on overall budget for fuel, insurance, tyres etc. So, the thought for 2022 was to continue in this vein. Don’t get me wrong we all; competitors, events and championship would all love to put on longer events. It just isn’t viable for the British Rally Championship (or probably any other) with the market place as it is at the moment.

This season started with the Neil Howard Stages at Oulton Park, it is back as the reserve round for 2022, so could close off next season. Does the BRC really need to go to a race-circuit?
The Motorsport News Circuit Rally Championship organisers helped us out greatly back in May when it was looking like it would be July before we could really start the championship. With the COVID restrictions we could only really have a rally at a fixed venue. Darren Spann and his team could not have been more helpful, they even sorted out the weather for the day. Was it a success? Yes, close competition, 1 second between 1st & 2nd. Was it difficult? Yes, the competitive beasts that we have in the championship did not take kindly to catching cars on the circuit, to some dust issues and also the stop/start nature of the day. But it worked.

Darren knows what I mean when I say ‘I hope we aren’t going there in November’. It means that something has gone wrong with one of our planned events. But an end of season shoot-out at Oulton Park where our guys can take their sponsors and partners to view all the action around the circuit and then see the champion crowned. It would be a good day. Rallying is all about diversity and the different challenges it throws you.

The three tarmac events are either new or returning after a period away. What can we look forward to for each one?
The BRC has never been to Corbeau Seats Tendring & Clacton Rally. We have tried twice now but COVID put paid to it each time. Being on the south-east coast of England brings the sport and the championship to a new area.

Jim Clark was a staple of the BRC calendar before. They have large ambitions for the event and the stages provide a good fast challenge to the crews. They are very different from Clacton and Ceredigion.

Rali Bae Ceredigion is a very new event. It was very well received when it ran in 2019. And the promotion that the event produces is exceptional. Plus, the stages are very tight and challenging. And this is another event with big ambitions for its future.

The championship isn’t going to Ireland next year. Was it a difficult decision to leave them out and will it return to the series?
Putting together a calendar is never simple or straight-forward. Events have fixed dates for lots of reasons and they may not always meet the schedule that we are looking for. So, like everything in our sport, it becomes a compromise of getting the best mix of events across a schedule that is feasible for the competitors.

The organisation behind the Ulster Rally is superb. The event is always a short, sharp, shock of fabulous stages. The welcome from everyone in Clonakilty for the West Cork was brilliant. The event was excellent, and it always is when we take on the Irish Tarmac Championship head-to-head.

Both are events I would love to take the championship back to. For 2022, I don’t think it was financially viable for us to go to West Cork and I couldn’t get the dates to work for the other rounds to get to the Ulster.

Why not Mull?
Ha! As someone put on our Facebook page today, “BRC 2021 – Mull – they shouldn’t be here, it’s disgusting they are taking over, don’t let them in etc etc BRC 2022 – No Mull – why aren’t they coming, they should be here, it’s disgusting it’s been dropped etc.” This sums up people’s relationship with the BRC and their relationship with Mull.

Mull was on this year’s calendar as the reserve event. They stepped in after we lost the Jim Clark Rally.

Mull is only 40 miles short of a WRC event. It is a huge adventure and challenge. It is also extremely expensive in travel, accommodation, insurance and time off work. It works for those who take it as a week’s holiday and their ‘big event’ of the year. It doesn’t work so well for those doing a seven-round championship.

From a personal level our visit worked for Mull – it introduced badly needed new blood to the event. Many will return in the future to the island. It also showed that a first-time entrant can be competitive and set new stage records. And that our Juniors are absolute superstars!

Who put the map together?
I’m from north of Inverness and when I put Filey into Google maps three weeks ago I nearly died about how long it was going to take me to drive there. 50 minutes more and I could be in central London!

Yes, we got the location of the Trackrod wrong on the map but we hope you can all forgive us by the time we return in September. I know that a pound is important to a Yorkshire man but I didn’t know that a centimetre was just as important! The superb stages on the Trackrod certainly challenged our crews this year and hopefully we can find our way there without asking our graphics guy in 2022…. 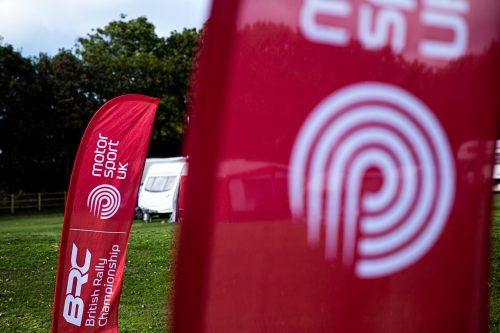