The organisers of the Trackrod Rally Yorkshire are gearing up for the 2021 event on its planned date of 24/25 September when it will run as a test event in advance of rallying’s return to the Forestry England estate.

Plans for the highly-regarded rally in the famous North Yorkshire forests are moving ahead apace and the rally will feature a compact route taking in all single-use stages on gravel roads that will not have been rallied for nearly two years. For the crews contesting the three major rally championships, this is the only visit of the season to the classic forest stages in the Dalby and Cropton forest complexes.

As has become tradition, the event will feature two key parts. Rally Yorkshire will run over nearly 60 stage miles as a round of the British Rally Championship and will be joined by the Historic Cup for the British Historic Rally Championship and Land Rovers. The route will include one long stage in the darkness of Friday evening. On Saturday, the Trackrod Forest Stages will cover a full 45 miles as a round of the BTRDA Rally Series.

Rod Parkin, Trackrod Rally Yorkshire Clerk of Course, said: “We are really pleased to be running on our scheduled date. The competitor response to the opening BRC and BTRDA event, the Nicky Grist Stages, has been outstanding and so we are looking forward to welcoming those crews, and the BHRC contenders, to Yorkshire in September.”

Regulations for the event will be published in August.

For more details of the Trackrod Rally Yorkshire, please visit: 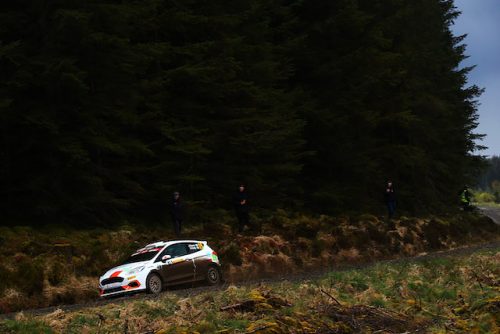