Will power as Graham wins SORT Oil Spirit of the Rally

Will Graham, co-driver Tim Sayer and the MH Motorsport firm are the winners of the second SORT Oil Spirit of the Rally award.

Graham has competed on the Circuit of Ireland before, having co-driven for his father in a Ford Escort Mk2 and he hoped his experience would serve him well on the tough Tarmac test.

Will, along with navigator Sayer, were running well in their Ford Fiesta R2 before a big accident on stage three, the mighty Glens stage.

“On stage three we were about 26km into the stage and the back end got away and started to slide.” Explained Graham. With my inexperience I overcompensated trying to save it and it flipped and ended up with its nose facing the ground.”

The team recovered the car and brought it back to the Service Park just outside of Belfast and went about repairing the heavily damaged Fiesta.

“After the stage when all the National crews had been through, a tractor came and lifted the car onto a trailer. We thought it could be fixed and took it back to the Service Park where the team replaced the windscreen, panels, bumpers, and fluids – turning the car around for the second day.”

The MH Motorsport team burnt the midnight oil, finishing at 2am to get Graham and Sayer out for the second day under super rally rules. Unfortunately, upon further inspection by the team and event scrutineers the protective roll cage was too badly damaged and was not deemed safe to continue.

“We had scrutineers check the car initially and they gave us the thumbs up. At 8am on the second day we had the FIA scrutineers visit the car and they found dents in the roll cage. We couldn’t start which was massively disappointing but we completely understand from a safety point of view.”

The crew and team were awarded the Spirit of the Rally prize after a unanimous decision by SORT Oil and the BRC team for their never say never attitude and dedication to rectify their weekend. The team have won a £200 voucher to spent on SORT Oil lubricant products throughout the 2016 season.

“To win the award is a great consolation and is a nice silver lining after all the teams efforts. We have to miss the Pirelli Carlisle due to University exams but we will be back ready to attack the Scottish in June.” 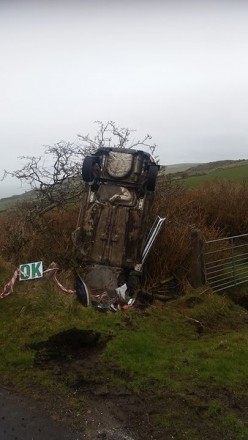