The Millennium began with surely the most amazing season in the BRC.  The agreement was that this would be the sixth and final year in which “Formula 2” cars would be the basis of the championship.  The main contenders were the dealer supported Vauxhall and Volkswagen teams, supported initially by a team of ex-works Hyundai Coupes.  It all started gently, without much support from foreign teams.  Any privateer foreign driver was given encouragement to compete, one driver who gratefully accepted the offers was a little known Mitsubishi Group N Finnish driver, Marko Ipatti.  He finished third and best non-Vauxhall on the opening round, winning the second round outright.  Gradually Ipatti was to become less welcome, becoming a threat to the establishment.  As the season progressed there were two top runners for the title, the Vauxhall driver Neil Wearden – and Ipatti.  That was not the scenario the Professionals had planned!  Ipatti became champion when Wearden’s engine failed on the opening stage of the rally and immediately withdrew from the event unchallenged for the title.  Folklore tells that the Professional teams planned their final attack, calling on the organisers to scrutineer Ipattis’ car to find some technical illegality.  Ipatti reacted and had his car dismantled with various components being sold second hand to other competitors around the service park, out of harms way.  He privately boasted he defeated the system not once but twice, because the BRC was not run the next year.  An unbelievable end to a scene that could never happen again, for various reasons.  “Formula 2” had run its course and another more specific formula was being devised by the FIA, which was called Super 1600.  Then another reason.  There was another outbreak of foot and mouth disease in the country and all unnecessary events in the countryside were curtailed.  The debate about future vehicle rules for the BRC continued into the new year while the sport in the country was at a standstill, and preparing for the eventual revival of the sport was a new idea called “Formula Rally” centred around the Super 1600 rules.  Qualifying events would be run in areas where the disease was less prevalent, and embraced the idea of holding events closer to areas of increased population.  As an ad-hoc promotion it was special, albeit ending in contention about when the competing cars had to be homologated and an argument whether the Ford driver Martin Rowe or the Peugeot driver Justin Dale would eventually take the title.

2002 brought a return to familiarity, a traditional eight round BRC calendar, the manufacturers title was only for S1600 cars (going to the only serious team, Peugeot), the drivers’ title for older version WRC or Group N cars (to Jonny Milner in a Toyota Corolla WRC).  2003 began uncertainly with the first round cancelled for lack of entries (organisers’ problems were already financially critical after the event’s cancellation the year before) with the same events counting for the drivers and manufacturers titles, victory again to Milner and Peugeot.  For 2004 newer WRC cars were permitted and many more foreign drivers arrived.  This time David Higgins was champion in a Hyundai Accent WRC while for the next two years his brother Mark won the title.  Entry numbers seemed low but in reality events were progressively becoming split up in the entries and categories, the Jim Clark attracting a total of around 150 competitors.  By 2005 the World Rally Car market was diminishing, the season starting with three serious WRC drivers, Mark Higgins, Matthew Wilson and Austin MacHale, reducing to two when Wilson badly injured his feet on the opening round in a curious coincidence of injuries suffered by his father in a crash in Scotland 27 years earlier.  2005 was the final season that WRC cars were eligible for the BRC.  For 2006 there was a new sponsor, Tesco 99 Octane fuel, a calendar of six events including the Wales RallyGB WRC event which Mark Higgins, already that year’s BRC champion elected instead to drive in a World Rally Car.  News for 2007 was that Pirelli would act as the single tyre supplier, bringing with it their own Star Driver rewards systems.  Once again the Wales RallyGB was the final event, and this year there was a curious system in which two BRC drivers, Guy Wilks and Gwydaf Evans were given “guest” Production Car championship status, with competitive advantages which many felt were unfair on the other championship competitors.  The promoter also ventured into new ground when they noted the new international Group R class system, although they paid more homage than observance, since the cars simply used these names as a title for their own class structure.  This year the WRGB created more difficulties, following the decision that the event would in fact count as two championship rounds, and with competitors on the event running under two separate sets of rules.  Wilks was already the fastest driver in the series.  Super 2000 cars were admitted into the series for the first time but this facility was poorly supported.

2008 celebrated the fiftieth anniversary of the start of the BRC.  This year all cars below WRC level were admitted but it was the Production Car of Guy Wilks which took the title, for a second time, the moment Mark Higgins retired and Guy became the last English champion in the series.  The Pirelli Star Driver system allowed one driver from each event to qualify in a Shoot Out which then led to a paid drive on the following year’s championship.  Darren Gass won a place in the 2008 series, but without much luck. The WRGB again provided two separate rounds of the series but it was not included in the BRC calendar after that.  2009 saw a resurgence of foreign drivers domination in Britain.  For the first time since the era of Mr Ipatti the title went abroad.  Keith Cronin followed the legends of fellow Irish driver Billy Coleman, driving a Mitsubishi Evo IX, a third successive title for the company despite the official importer’s team withdrawal leaving the only top level championship team as the TEG team of Subarus, who ran Mark Higgins and Adam Gould, the season’s Star Driver from the year before.  The successful proliferation of categories on events continued and provided competition for a wide variety of competitors.  The season ended with new names coming along, notably Molly Taylor from Australia, who won the Ladies prize. One change, and more new cars were coming along in 2010. 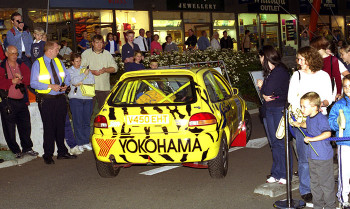 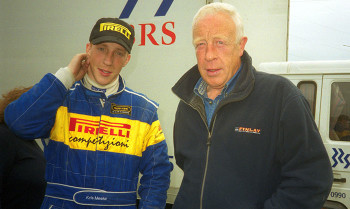 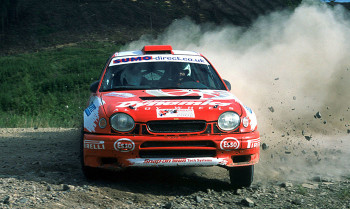 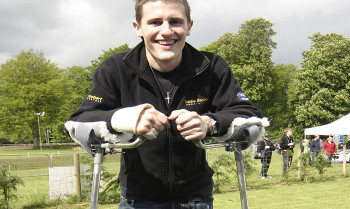 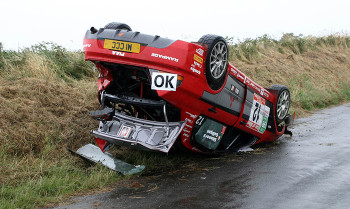 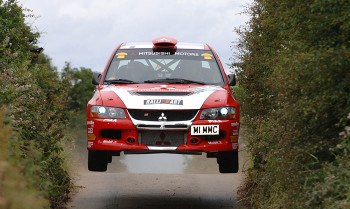 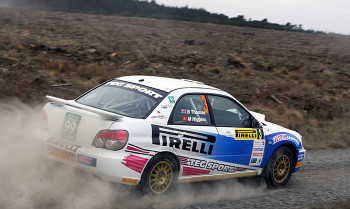 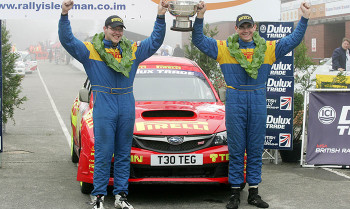