The ‘70s saw a continued development of the national rallying scene.  The BRC itself first started in 1958 when events were generally long distance trials, with competitors divided into classes in which the drivers who were the most dominant in their class would be the overall winner of the event.  Navigational night sections and driving tests were the primary way of defining the results. Overall classifications were not regarded as the benchmark of defining the relative performance of crews, positions in classes and special awards were what mattered.  At the start of the ‘60s the sport took a new and significant turn when special stages on the newly available Forestry Commission roads for the big events.  Night navigation however remained a dominant part of the series, the qualifying rounds now intermingled with the classic international rallies in the various British regions.  Then a much greater availability of forest stages during the ‘60s increased the opportunities of developing the special stage sport.  This in turn helped give a new and stronger identity to the BRC which at the time was being a little eclipsed by the popularity of the concurrent Motoring News road rally championship.

The character of the ‘70s was the age of the Escort which was in its prime.  The BRC in 1970 saw the end of the old age when Will Sparrow won three of the nine qualifying events, with victory on the road event Rally of the Vales before wins on both the Welsh and the Hackle special stage events.  The car was a very well prepared Mini Cooper S, a throwback to the previous age of rallying.  Sparrow’s main challenger was fellow privateer Chris Sclater who went on to take the title in 1971.  This was before Roger Clark came home from his international activities!  Running an Escort prepared by the official Ford factory team Clark won the national title in the next two years.

The championship suffered a blow at the end of 1973 when the fuel crisis engulfed the country right after the end of the final round of that season, the RAC Rally.  The 1974 calendar was inevitably disturbed, the first two rallies were cancelled and the series started with the Easter time Circuit of Ireland with Irish drivers taking the top four places.  It was the year with the Irish driver Billy Coleman seriously challenging the BRC, finishing every event and scoring points on all nine events except for the Burmah Rally, when both he and Roger Clark both incurred road section penalties through timing errors.  Billy, from the far south of Ireland, became the first non British resident to take the title, the first of many.  In the end nine rounds counted for the series that year.  This disruption to the British sporting calendar opened an opportunity for a second special stage series, specialising in one-day events viable for private drivers, the Castrol Autosport series.  This was a real success and provided a form of feeder series for the major BRC series.

As mid decade approached so there was increased participation by professional teams in the BRC.  Following Ford came the Dealer Opel Team with Tony Pond and then the Datsun importers ran a Violet for Chris Sclater while Chrysler entered an Avenger for Colin Malkin, British Leyland a Triumph Dolomite Sprint for Brian Culcheth and Vauxhall were starting to an interest.  And in 1975 two young men arrived on the scene.  From Finland, and set to forge his career on the British stage was Ari Vatanen, and on occasion appeared a 17 year old man, who declared his wok to be a car breaker, called Malcolm Wilson. The tempo of the series was hotting up.  Vatanen lost no time in impressing the management personnel at Ford who arranged the support for him to tackle the British championship series in 1976, which he won, heading Russell Brookes and Roger Clark.  In 1976 there were fourteen rounds, Vatanen won five, Brookes three, Clark two, including the RAC Rally at the end of the season.

There is little doubt that the late ‘70s were a hallmark period in the BRC.  Vauxhall went to the extreme of developing a 2.4 litre version of the Chevette with the demands of the British championship specifically in mind, engaging Pentti Airikkala another, Finn as their lead driver.  British Leyland found rallying a natural opportunity to publicise their new TR7 sports car, while manufacturers like Fiat and Saab from all over Europe paid visits to the BRC.  The attraction was clear.  Secret route rallying was very attractive economically.  Only the Manx Trophy Rally traditionally allowed reconnaissance, while the forest road rallies did no harm as practice events for the world championship RAC Rally.  It was not just the impact created by the cars which the foreign teams brought with them, it was the chance for their drivers to acquire the talents required for secret rallying.

The original RAC British Rally Championship came to an end in 1977 and for 1978 the series was renamed the RACMSA British Open Rally Championship, in recognition of the newly established international flavour.  1978 saw the final throes of the Escort era when Hannu Mikkola won the title, and the 1979 series saw the fulfilment of Vauxhall’s plans when Pentti Airikkala won the series in the Vauxhall Chevette 2300HS.  Through the ‘70s the BRC attracted the attention of the international authorities who accepted the unique sport available in Britain, though they would wish for international standards, specifically as permitting reconnaissance to be adopted.  Anyway, the fast developing European Rally Championship embraced the BRC events, with four of them (Circuit of Ireland, the Welsh, the Scottish and the Manx) being included in the series with varying coefficients, the Scottish being awarded the maximum coefficient 4 status.  The quality of the competing drivers in the decade was a memory to savour. In the end the 1979 series saw three foreign divers in the top four placings (Airikkala, Stig Blomqvist, Mikkola with Brookes in second place) and winning the supporting Group 1 championship was New Zealander Alan Carter.   The ‘80s were just round the corner, with many new challenges and achievements. 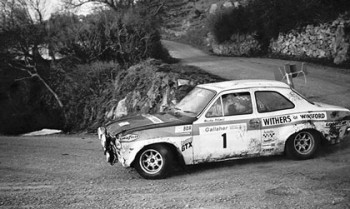 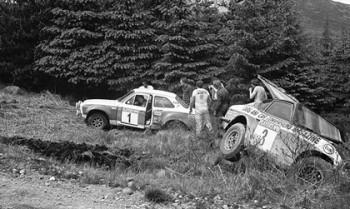 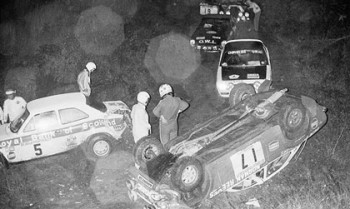 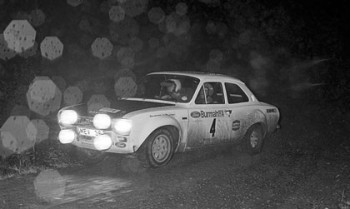 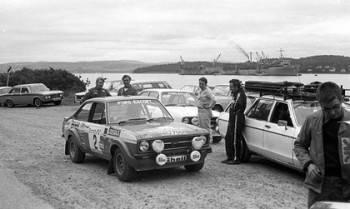 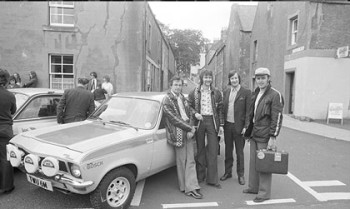 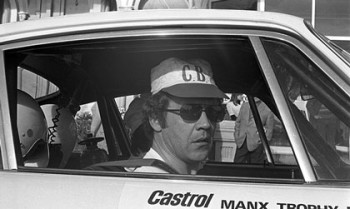 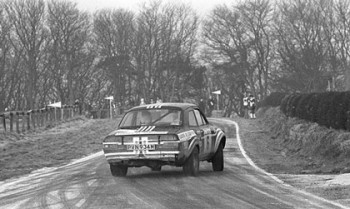 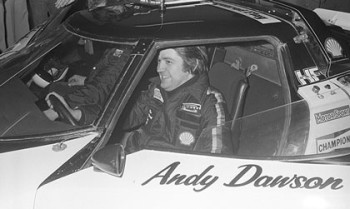 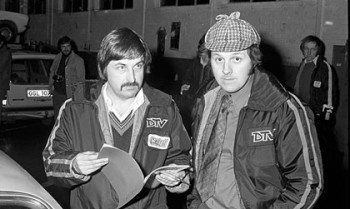 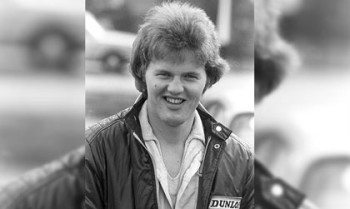 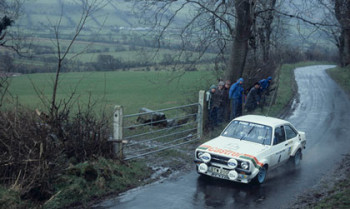 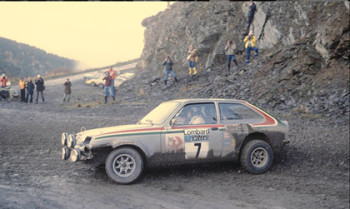